You are here: Home / Archives for Email Marketing

I got a lot of emails about last week’s post, Five Low-Cost Things You Should Be Doing Today To Improve Your Email Program. Most of the questions and comments were about mobile emails and if/how they are different. First things first… For many companies, the majority of mobile traffic is being generated because of email. Thrust, trigger and ad hoc campaigns are being opened on handhelds. When the customer clicks through the email, they get your site, whether it’s mobile-friendly or not. If you do not want your email traffic to hit your site on a mobile device, send out your emails when your users are LESS likely to open them on a handheld. Can you really do that? Yes, of course. You can send your thrust (aka spray-and-pray or blast) emails out whenever you’d like. Some providers grumble about it. Others make you pay extra for “preferred time of day blasts.” But depending on the state of your mobile-readiness, it … END_OF_DOCUMENT_TOKEN_TO_BE_REPLACED

Focus on “outside the envelope”  There’s a reason this is first.  If your email isn’t opened, it’s not going to convert and it can’t get opened if it’s not delivered.   Outside of the envelope things that make a difference:  the “to” address, the “from” address, the subject line (you have 24-35 characters for traditional, 12-16 for mobile) and the format.. Use a series of emails, not just one.  There’s not a day that goes by that someone doesn’t tell me that they have an abandoned cart program, when they only have ONE email.  One email does NOT make a program.  Many consultants think three emails works best.  I’ve found that most of the “3 is the magic number” take a cut/percentage of the profits so basically they’ve found 3 is the best way to cherry pick the good names.  Personally, I’ve found that more works better.  I like to start programs with a series of 5 and I prefer that the first two (sometimes three) go out without a … END_OF_DOCUMENT_TOKEN_TO_BE_REPLACED 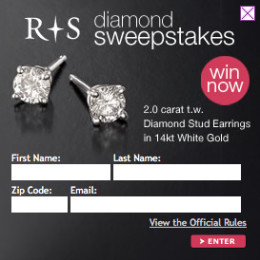 Tim writes “I attended your lunch thing at NEMOA and I was very interested in what the guy from The Golf Warehouse said about pop-ups.  I hate those {redacted} but when I heard what you two said about them, especially what the golf guy said about them, I figured I should test them on our site.  What can you tell me about them?” Hi Tim: Yes, Brad (the golf guy) was fantastic.  He used to work at Orvis (they’d rather rather go out of business than “sell” someone) so I think www.tgw.com was probably quite the culture shock for him.  (The Golf Warehouse is VERY aggressive, which I LOVE.) They do a sweepstakes pop-up. Sweepstakes pop-ups work well because of the offer (obviously) but also because you can do them over and over.  Some folks will come back every month to sign-up again – it’s sort of like FREE ECOA (email change of address!) Not everyone can do a sweepstakes though so if you can’t, you can offer a free info … END_OF_DOCUMENT_TOKEN_TO_BE_REPLACED

A rockstar blogger asks: "Amy, I am considering starting an e-mail newsletter and I have a few questions.  Such as, how long should it be; how frequently should I publish it; and how long will it take to see results (i.e., interest from potential training/consulting clients?)  Thanks!"   I get this question A LOT or as 2.0 (aka the wee terrorist) says "a lot a lot." First, I LOVE when people/companies start e-mail programs.  I think e-mails (especially triggers) are THE most effective tools you can have in your arsenal. Second, there are no hard and fast rules for developing newsletters.  I will give you some guidelines and places I'd start.  Then, when you've got things mastered, you should test them and try new things on your own.   Everyone has different experiences.  My advice is based on reviewing the results of thousands (literally) of companies over time and not from personal opinion.  (For example, we break all the … END_OF_DOCUMENT_TOKEN_TO_BE_REPLACED

When folks talk about their trigger e-mail programs,  they’re often talking about the usual suspects: abandoned cart e-mails, thank you for your catalog requests, order confirmations and the like.  Most companies don’t send out the EBOSI, which is a shame because it’s often one of the best performing trigger e-mails you can have in your arsenal. An EBOSI – E-Mail Based on Selected Interest – alerts the users to things they might be interested in based on their browsing patterns. For example, here’s an e-mail I received from Amazon after looking for robots for the terrorists.   (Speaking of which, EBOSI's work really well for non-ecommerce sites too. The example below is from Amazon, THE e-commerce site of all e-commerce sites but don't let it stop you from using an EBOSI if you don't have a shopping cart-enabled site, ok?  Ok... ) From: vfe-campaign-response@amazon.com Sent: 12/25/2010 5:02:09 A.M. Eastern Standard Time Subj: … END_OF_DOCUMENT_TOKEN_TO_BE_REPLACED

Get Valuable E-Commerce advice you can use to improve your sales.

Plus, we'll send you 18 proven Money-Making tips you can start using NOW!

Catalogers and other offline marketers have many advantages when it comes to E-Commerce.

Unfortunately, most of them often turn their positives into BIG negatives. We’ll help you leverage the benefits of this valuable customer segment.

The place to go for expert marketing advice - with patented Amy Africa attitude!

Get proven tips for reducing abandoned carts, solve the mysteries of mobile, discover what drives your users crazy, learn what analytics really matter, and much more...

Take Me to the Blog!